First look at the Samsung Galaxy S9 and S9+

Smartphone manufacturers have done a fantastic job of delivering sleeker, slimmer phones. Just about every component inside the phone has gotten both smaller and better.

One exception: batteries. They can only get so small before they start sacrificing performance. 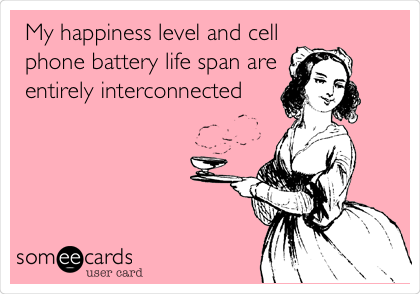 Samsung has done both with the Galaxy S9 and S9+. While it hasn’t increased the size of the batteries — 3,000 mAh and 3,500 mAh, respectively — the phones should use that power much more efficiently.

That’s important because Samsung has packed a lot of energy-hungry features into this phone, like a brighter display capable of daylight visibility and the loudest speakers ever on a Samsung phone.

Under the hood of the S9 and S9+ is the Qualcomm Snapdragon 845 processor, which can support fantastic AR and VR applications, an immersive camera experience, and gigabit-speed LTE connectivity. This is a fast, powerful phone.

The Snapdragon 845 also manages power well, reducing the power consumption for 4K UHD video capture by 30 percent. Gaming and other performance-intensive uses get a boost too. The processor promises 30 percent improvement on power usage for VR or AR gameplay.

That means your phone is likely to last all day, and even if it doesn’t, it won’t take long to fill up. On the charging front, the S9 and S9+ will support both Qi and fast wireless charging in addition to the tried-and-true Qualcomm® Quick Charge™ 2.0 wired charging.

One of the most talked-about features on this phone is the camera. The S9 and S9+ both offer a 12 megapixel primary camera with a variable aperture, meaning the lens opens wide for low light and narrows to increase the depth of field so more objects are in focus.

Samsung’s S9 F1.5 aperture rear camera should should be lit for both low light performance + Portrait mode shots🔥. Lower the the F stop, the more light it allows to the sensor the shallower depth of field becomes. pic.twitter.com/v3ULLX9lBg

There is also a motion-activated “super slow-mo” mode. Users simply tap the button to begin recording, but it doesn’t capture in slow-mo until the camera detects motion. That’s going to get used in a lot of fun and surprising ways.

With all that said and as we’ve noted before, major phone manufacturers don’t always include the best charger in the box. As we do with every phone, we’ll put the S9 and S9+ through rigorous testing to see which chargers get you to 100 percent the fastest.

Until then, stay tuned, and stay charged.

Why you need a 9H glass screen protector

Is heat or cold worse for a battery?

Let us help you carry Ventev in your store.

Stay Up To Date

Be the first to know about our new releases and product updates.